Did you get into an accident that clearly wasn’t your fault but the other party’s instead? Then you have all the rights to file for a personal injury case to get the compensation you deserve.

END_OF_DOCUMENT_TOKEN_TO_BE_REPLACED

Most people walk down the aisle, hoping they’ve found their soulmate. They want a partner to grow old with, who will love them through sickness and health. However, while that might sound wonderful, things don’t always turn out the way you planned.

Most people perpetuate the myth that divorce is rising in the USA. However, research shows this isn’t true. According to survey data from the Census Bureau, only 14.9 out of 1000 marriages ended in divorce. The figures show this is the lowest divorce rate the USA has seen in the last fifty years. In addition, Census data also shows the duration of marriages in the US has increased in the past decade.

Many would expect that the pandemic exacerbated problems between couples, leading to higher divorce rates. However, that’s not true. Surveys show the pandemic has brought couples closer, resulting in fewer divorces.

However, just because divorce rates are declining doesn’t mean they aren’t happening. All of this leads us to the question, is getting a pre-nuptial agreement worth it?

What is a Prenup?

A pre-nuptial agreement is a written contract between an engaged couple, stipulating each spouse’s rights to premarital and marital assets and debts. It helps couples prepare for life after the union ends – either through divorce or death.

Why Get a Prenup?

Protect the Financial and Inheritance Rights of Your Children

If you have children from a previous marriage, consider getting a pre-nuptial agreement. The agreement can serve as a legal document to protect their financial and inheritance rights from your new union.

Let’s assume you’re the owner of a successful business. It’s a medium-sized enterprise with over a hundred employees. All seems to be going well in your private and professional life. Suddenly, you and your spouse hit a rocky patch. Eventually, you find yourself in a contentious divorce. While your assets, properties, and income are up for grabs, so is your business. Unless you’re content with giving away control of half your business, you’ll want to protect it. A pre-nuptial agreement will protect your business from divorce.

Protect Yourself from Debt

It’s a fallacy to assume couples have similar financial backgrounds when marrying. It’s not uncommon for one partner to be significantly stronger financially than their spouse. In such instances, you want to protect your net worth. In addition, you also don’t want to get entangled in your partner’s financial problems. For instance, if your intended spouse has accrued significant debt, you don’t want it passing onto you. Signing a pre-nuptial agreement can shield you from bearing the burden of your spouse’s financial destitution.

Protect Yourself from Unfair Wealth Allocation

As stated above, couples don’t always have a similar financial background when marrying. In such cases, you’ll want to prevent unfair wealth allocation from courts if you ever divorce. You’ll want to ensure that you maintain your financial status after divorce. A pre-nuptial agreement can protect your wealth. 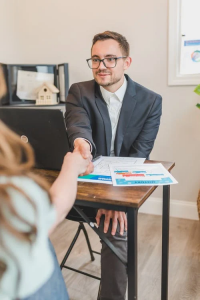 Are you seeking an attorney near you? The Vargas Law Office is home to attorney Ronnie Vargas. Ronnie Vargas is one of the most experienced family lawyers in Wisconsin. Attorney Vargas has been practicing law since 1996. He has helped thousands of clients with their family law proceedings. In addition, he’s also a qualified business lawyer and criminal lawyer.

Visit our website to learn more. Alternatively, you can contact the Vargas Law Office to get started with attorney Vargas’ help.

END_OF_DOCUMENT_TOKEN_TO_BE_REPLACED

A legal guardian is a court-appointed person who makes the decisions on behalf of another person. These decisions can be personal, financial, or medical. Many people around the world don’t know what a legal guardian is. They have certain rights and duties that have been granted to them by the law. The other person in this regard is referred to as the ward, and it may be a child or an adult.

END_OF_DOCUMENT_TOKEN_TO_BE_REPLACED

Family lawyers or attorneys are legal professionals who have the expertise to handle any matters pertaining to family law. They specialize in all matters that come under the family law and can handle legal issues concerning the members of a family.

END_OF_DOCUMENT_TOKEN_TO_BE_REPLACED

Automobiles are ingenious inventions that have changed how we commute forever. You can travel along highways at over a hundred miles an hour. More importantly, you can do it while sitting in an air-conditioned interior with comfortable leather seats.

END_OF_DOCUMENT_TOKEN_TO_BE_REPLACED

Family conflicts often arise. Mostly, these arguments resolve themselves with a little bit of time and space. However, in some situations, family conflicts can become particularly contemptuous. Although such instances are rare, they do occur. Typically, things get heated between couples when they’re initiating separation or divorce. Likewise, circumstances can often become complicated when children are involved. In such cases, you’ll likely need an experienced family law attorney in your corner, helping you navigate through these trying times.